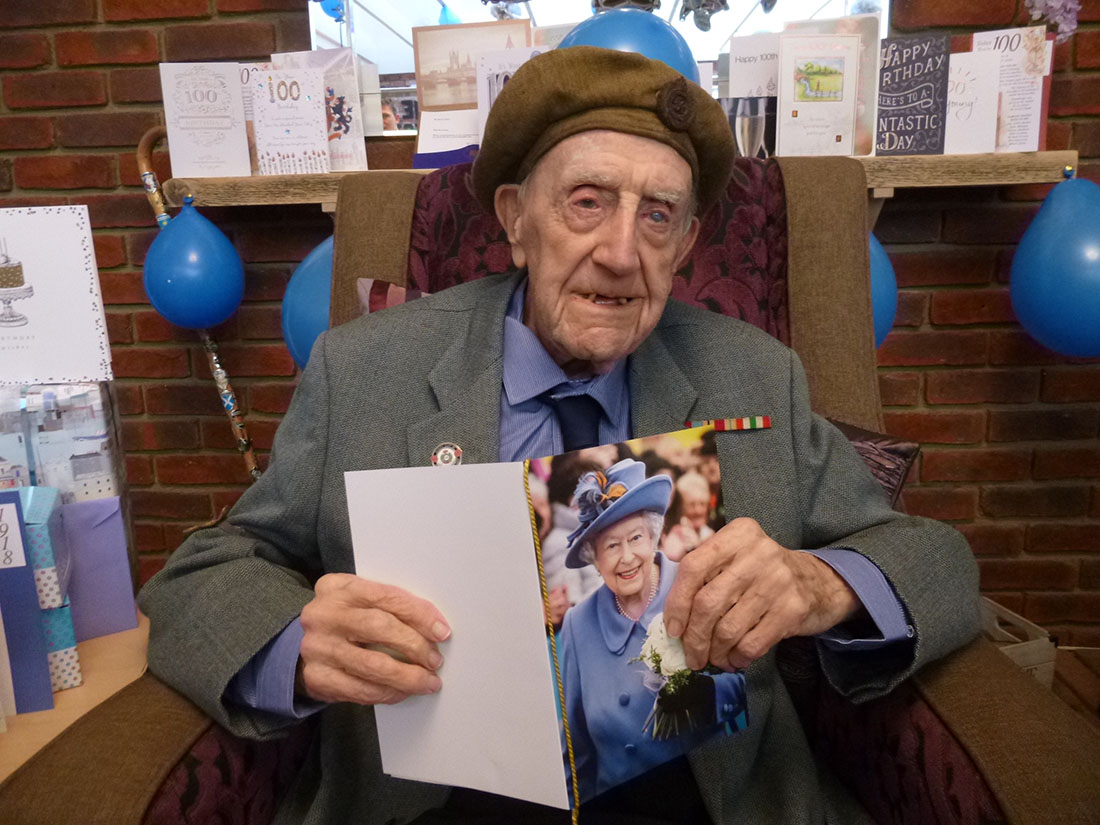 
Oliver Colvin, who was the Progressive Players President and oldest member, and who celebrated his 100th birthday in August 2018, passed away in February 2019.

He was born and bred in Gateshead attending Gateshead Secondary (later Grammar) School. On leaving school he spent happy years working for LNER, but WWII soon claimed him as a recruit to the army in REME, where he served first in the North African campaign, then in the northward push through Italy, leading to ultimate victory. Demobilised in 1946, he went back to the railways, but soon afterwards retrained as a schoolteacher, specialising in Mathematics, a career which he pursued for the rest of his working life.


As a teenager he had been introduced to the Progressive Players when they performed in Westfield Hall, his parents already being members, and in due course he became a full member. After the war he resumed his membership (now in the newly-constructed Little Theatre), and soon became a valued and versatile member, acting, doing a wide range of offstage jobs, and eventually becoming a producer (now more often known as director) of plays. A lover of comedy, his two favourite plays were Arnold Ridley's "The Ghost Train" and J.B. Priestley's "When We Are Married". We have produced the former twice, and the latter four times, but ironically he was never involved in any of them until 2005, when he directed our last production of "When We Are Married." It was also his last production, and he ended on a high note.

A man of many interests, Oliver loved the outdoors, playing golf, and being a regular leader of walks for the local branch of the Ramblers Association, in whose social events he was a popular dancing-partner. An accomplished bridge player, he also enjoyed a "friendly" game of dominoes, in which he always seemed able to work out exactly which dominoes the other players had in their hands.

In later years declining health limited his activities, and he was seen less often at the theatre. Earlier this year a celebration of his life was held at the theatre, when his niece Elva and her family shared memories with his friends from the theatre and elsewhere.