A new play by Sarah-May Simpson

In Tyneside during the Second World War, the sadistic tendencies of a 12-year-old bully take a deadly turn when she and her naive cousin are evacuated from South Shields.

Containing some strong language, An Evil Thing is a dark contemporary one act play. It was the Progressive Players' entry in the 2022 Durham & Sunderland One Act Festival, held in March at the Alun Armstrong Theatre in Stanley. Against some stiff competition, An Evil Thing won the Allan Monkhouse Award for Best New Play.

The Progressive Players are delighted to be bringing this award-winning production to the stage of the Little Theatre Gateshead, as an addition to the previously announced programme of plays for 2022. Tickets will be available soon, on a pay-as-you-please basis. 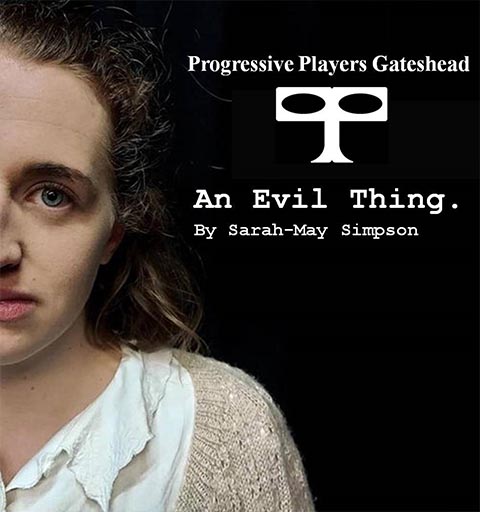